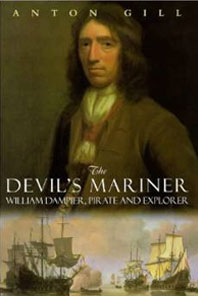 William Dampier was an English explorer who circumnavigated the world four times, three of them as a pirate, and was the first Englishman to set foot in Australia, 70 years before Cook. No chronometers in those days. He charted the Trade Winds, and his book about them was still being used by the Merchant Navy as late as the 1930s. This Kindle edition marks the 20th anniversary of the book’s first publication.